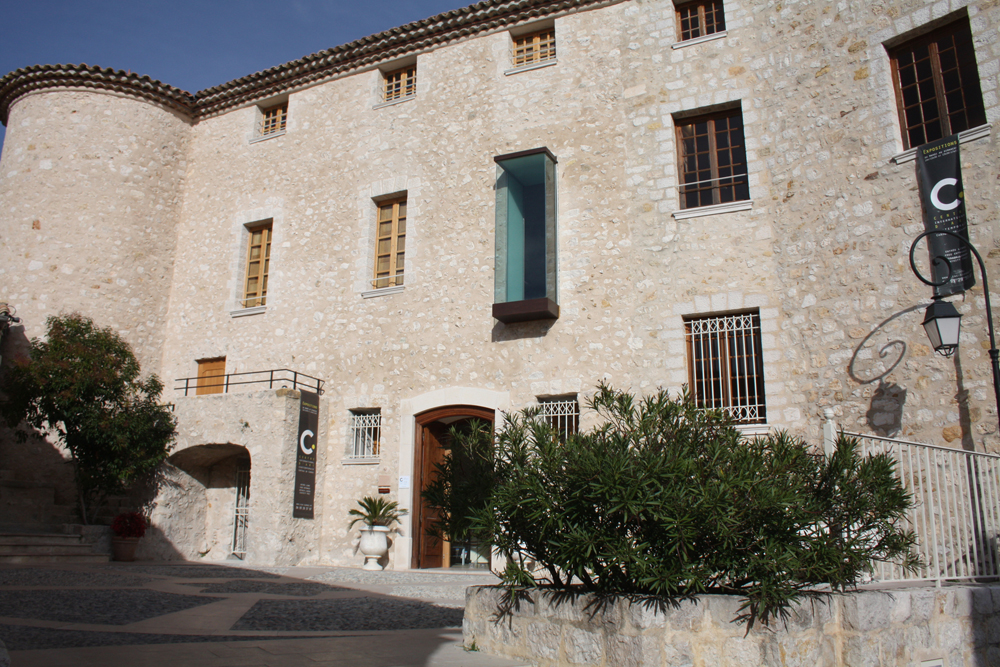 Established in the medieval castle of Carros, the Centre International d’Art Contemporain (International Center for Contemporary Art) constitutes a singular meeting point between historical estate and artistic creation. Also a place of circulation, mediation, conversation and documentation of contemporary art, its strategic location in the heart of the Niçoise wider area, make it the first cultural attraction before the shore from the valleys of the North of the Alpes-Maritimes. An unusual specificity for an art center, the CIAC has access to a collection of several hundreds of works of art, showing the scope of the artistic production of the Rivera during the last decades. With its program of three exhibitions a year, it not only tries to “revisit” art history by borrowing its weaknesses and its alternative routes, but also maintain a dialogue with the world from an identified territory that is itself a crossroad and a place of passage. The CIAC’s program that translates the variety of the contemporary artistic productions and practices is part of the cultural policy of the city and is supported by public and private partnerships, tokens of seriousness and pluralism. This position dialectically open onto the old and the new, the local and the distant, the famous and the modest, is a constant manner to reflect for the publics like for the artists of today, a way to reconsider through experimentation the point of view on the traditionally opposed problematics connected with artistic creation.

International Center of Modern Art in Carros in short: