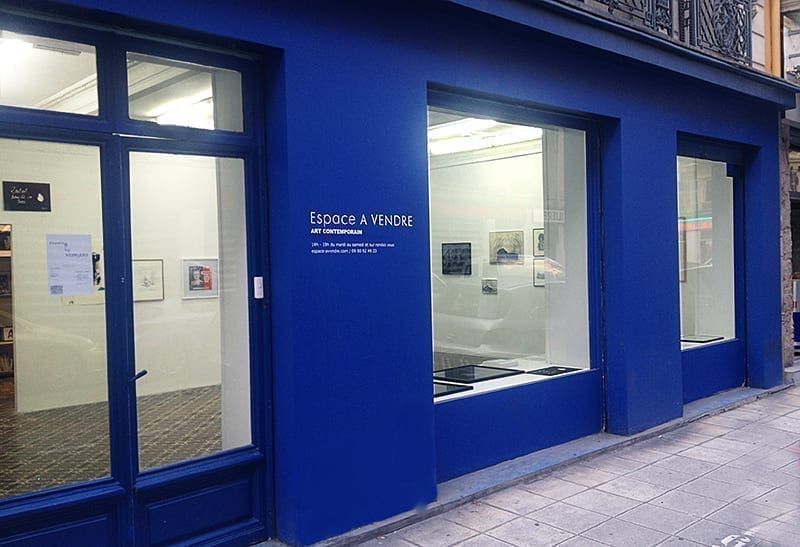 Determined to continue its calling to support the local, national and international emerging artistic scene, Espace A VENDRE mixes the works of artists supported since 2004 with those of guest artists.

In April 2011, after an invitation by the artist Ben Vautier, Espace A VENDRE left rue Smolett and elected domicile close to the Nice train station, rue Vernier, taking part in the renewal of the Libération area and of the Niçois visual art.

Having moved in 10 rue Assalit in October 2013, this time, Espace A VENDRE, has invested a surface of more than 140 m2 and continues its project based on transversality and exchanges.

Inaugurated in 1990, the Espace de l’Art Concret was born from the encounter and the will of two collectors, Sybil Albers and Gottfried Honegger and of the Mayor of Mouans-Sartoux, André Aschiéri.

From the beginning, this artistic and cultural project has been connected to the education of the eye. The thematic exhibition program enables a reflection on art and society as well as the various forms of artistic expressions. The essential place granted to pedagogy enables to make the widest audience aware of art nowadays. The pedagogical Workshops created in 1998 answer the question of artistic education of the young public. The objective is to “learn to look because looking is a creative action.” (Gottfried Honegger).

The Espace de l’Art Concret develops its action around three axis: the preservation and the promotion of the Albers-Honegger Donation, the program of temporary exhibitions of the Castle Gallery and the pedagogical action in the pedagogical Workshops and the “Préau des enfants”.

Sybil Albers and Gottfried Honegger wanted to make their collection accessible to the public. First deposited to the city Mouans-Sartoux, this collection was subject to a donation to the French state in 2000.

This first donation was completed by a large donation of personal works by Gottfried Honegger in 2001 and several collections of works in 2002, 2004 and 2005.
This collection, increased by large supplementary donations (such as the Aurelie Nemours and Catherine and Gilbert Brownstone Donations), has now found its place in a building signed by the Swiss architects Annette Gigon and Marc Guyer.

The various donations gathered under the name “Donation Albers-Honegger” are entirely devoted to abstract, geometrical or constructed art and offer a widened vision of concrete art.